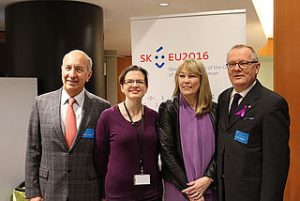 All Pancreatic Cancer Europe members would like to thank Mr Pavel Poc MEP and the Slovak Presidency of the Council of the EU for this great event and their contribution to raising awareness of pancreatic cancer in Europe.

The detailed minutes of the event will be available soon.